So we might be seeing an end to an era where going to a toys store is an absolute treat for the family, especially for kids who in their dreams think of wandering joyfully through a toyland.

And its one big sad spectacle as it is happening nationwide in United States and United Kingdom. Through these youtube vlogs first you will see the store fronts with lots of big signs “GOING OUT OF BUSINESS”, “CLEARANCE 40-60% SALES”, “WE ARE CLOSING”, “XX DAYS BEFORE CLOSING”. Then in the inside of the store you will see more discounts and “Fixtures for Sale” signs, and of course those eerily empty shelves that once were full of colorful toys. It’s kinda depressing really not only for the vlogger but also to me as a viewer seeing this happens in front of my eyes. 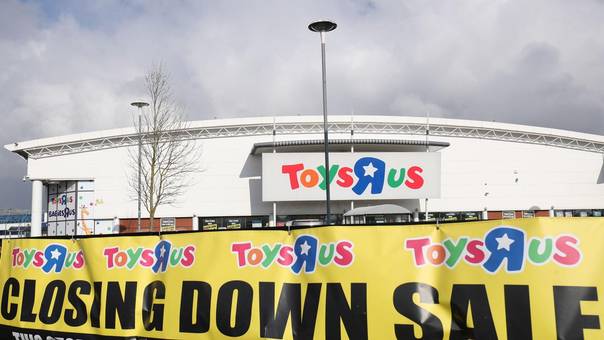 So what happened with Toys R Us? why are we seeing the end to a once very popular store for kids? What led them to this seemingly inevitable bankruptcy? Most people speculate that there are at least three main factors leading the company to liquidate their stores nationwide:

1. The company owes millions of debt for the longest time. Apparently this could be the company’s fault, why did they let this happen in the first place. It’s the biggest contributor to their company’s demise.

2. The internet, Toys R Us competing with online shopping companies like Amazon and others, is not a very fair game. Even though some toys are “Exclusive only to Toys R Us”, that didn’t help much.

3. The advent of smartphones and tablet devices, free virtual fun for kids, making toys a secondary entertainment. This is true, tangible objects of fun is being replaced now by free virtual entertainment, we can’t blame the parents as they are only trying to save money and energy (going personally to a store) as well.

So we might be seeing an end to an era where going to a toys store is an absolute treat for the family, especially for kids who in their dreams think of wandering joyfully through a toyland. 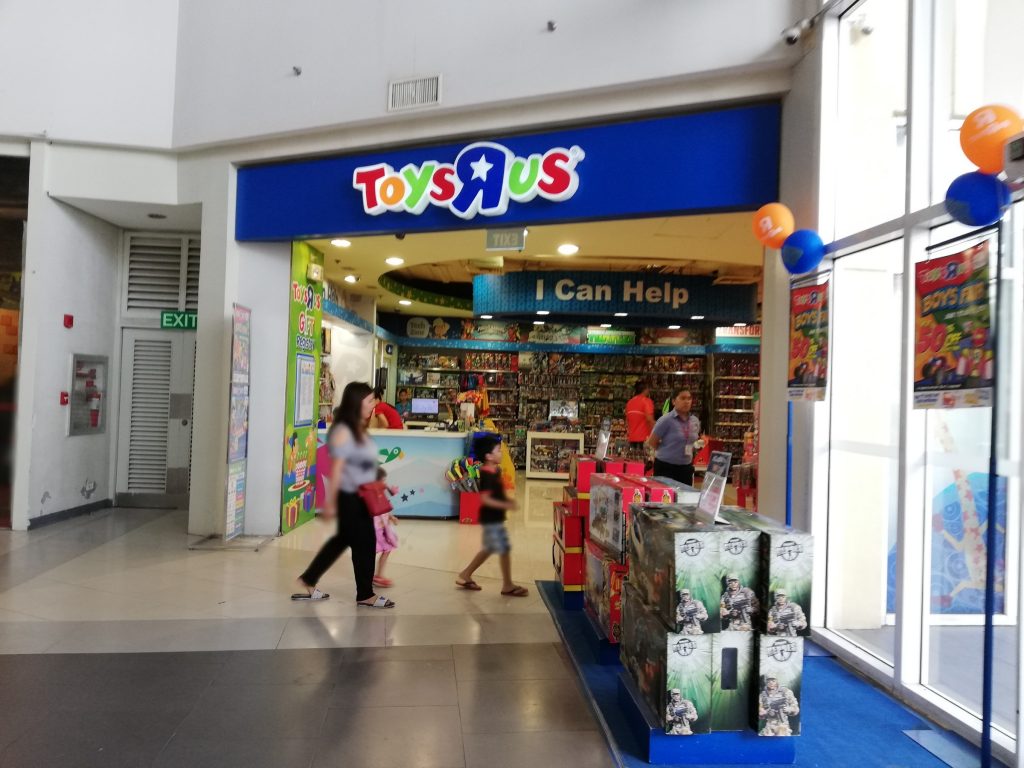 Toys R Us have been around for 60 years, so most adults today who grew up with a Toys R Us store near them should really be sad. I really feel for those people who were once a Toys R Us kids, I can imagine the sadness and the feeling of like part of their childhood slipping away. This event almost makes me feel lucky that the Toys R Us in my country may not be affected, as they don’t have those “WE ARE CLOSING” signs. 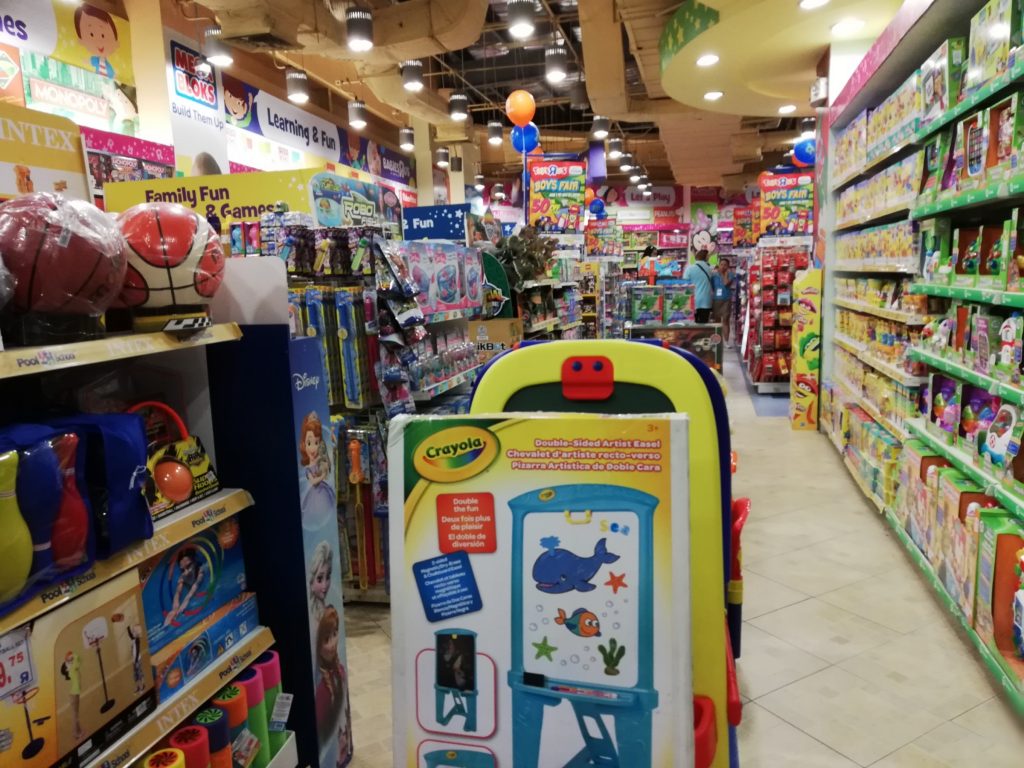 No signs of this particular store going out of business any time soon. 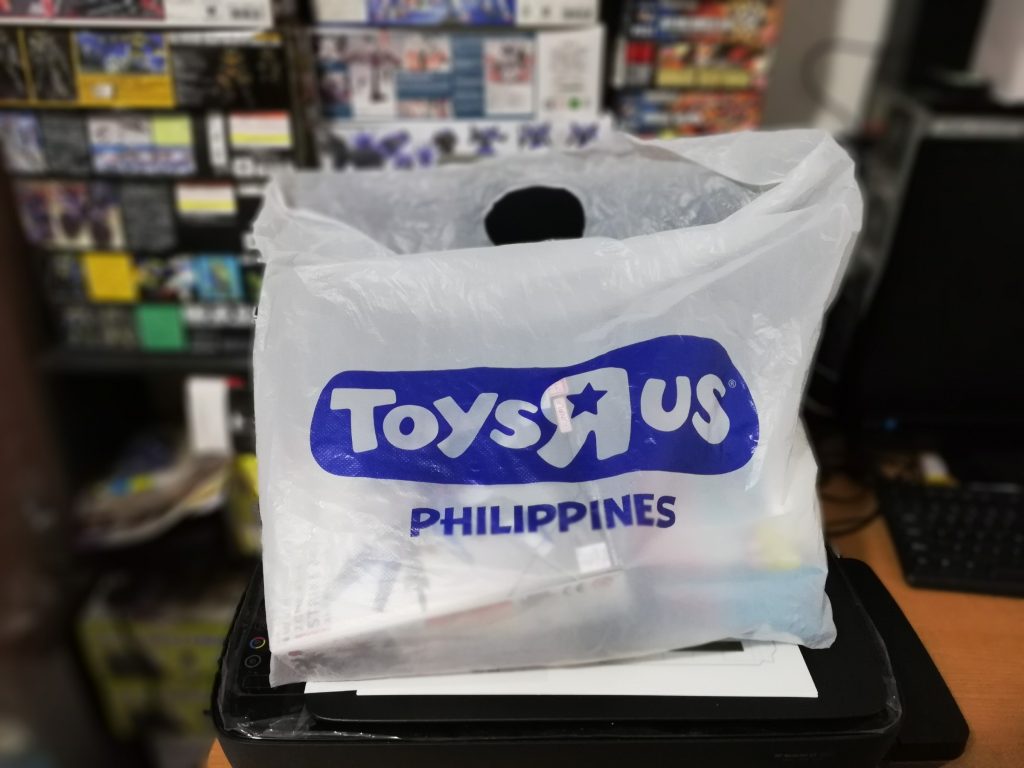 I did bought something, some hot wheels and girly toys for my kids. I also got one item for myself.

I myself is really not a Toys R Us kid, I hope I was but my parents seems to think the toys the store sells are overpriced. In my country back then, going to a Toys R Us store is a luxury that mostly wealthy family can only afford. I have only became a patron once I got my own salary (because there is always be a kid in me), going there for some gunpla kits. And my kids today I think they are more fortunate than I was as I treat them to buy some selection of toys I can afford at Toys R Us occasionally. 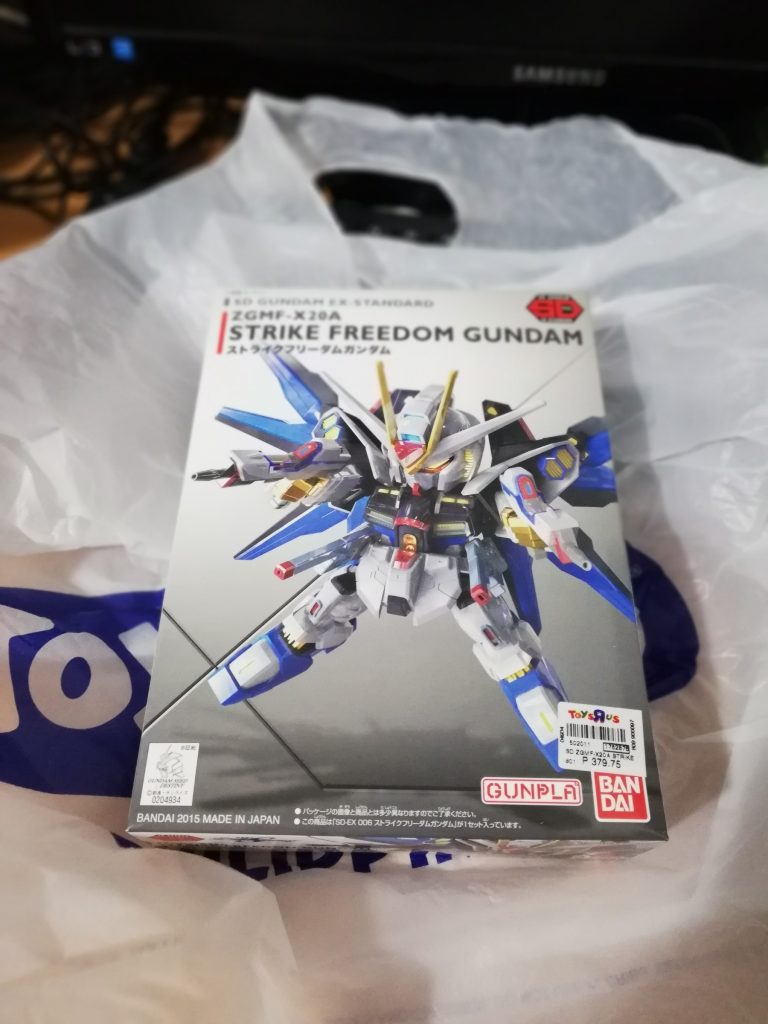 I only ended up buying just one SD-EX kit, none of my wishlist was in the shelves, also the price of the 1/144 kits held me back.

But don’t get my wrong, I still buy kits from them, though very rarely. At least several of my kits was bought from this store, sometimes they just happen to have that kit you have on wish list, I think if they can find a way to lower the price of their toys a bit, make it more competitive against those online shops and discount stores, I think Toys R Us will still see the light of day for years to come, at least on countries where they still stand.

So we might be seeing an end to an era where going to a toys store is an absolute treat for the family, especially for kids who in their dreams think of wandering joyfully through a toyland. END_OF_DOCUMENT_TOKEN_TO_BE_REPLACED

If you are running this hobby for 4 or more... END_OF_DOCUMENT_TOKEN_TO_BE_REPLACED

I haven’t really touched this site for like several months... END_OF_DOCUMENT_TOKEN_TO_BE_REPLACED