You may have been seeing this “N-Scale” keyword around my site and you were wondering what it is exactly, well here I got some explanations.

You may have been seeing this “N-Scale” keyword around my site and you were wondering what it is exactly, well here I got some explanations.

So what is N-Scale?

It is simply a popular scale for train railway dioramas and models. It ranges from 1∶148 to 1∶160 scales. It’s popular because it’s not as space hog as the other bigger railway model scales (though a smaller scale exists in the form of 1:200 “Z-Scale”).

So what does it have to do with Gundams?

Well, it’s not much of a secret, guess most of you guys know that N-Scale is considered to be compatible with 1:144 scale models and we do have almost endless varieties of 1:144 scale Gundam models. Therefore, there are lots of available resources and models you can get or make to put some setting or background sceneries (dioramas) to your Gundam models.

I am not really leaning towards buying train model sets and start creating actual railway dioramas, I am more inclined to create sceneries for my Gunpla. Don’t get me wrong, railway modelling is one of the greatest hobbies around, its just that I don’t have the extra money to afford it.

I’ve learned this stuff due to my interest in creating dioramas for my Gundam models and it is not actually hard to find since 1:144 is pretty much close to any N-Scale variants as I mentioned. So I wanted to add something more to my Workshop than just building my gunplas; first, I’ve learned the existence of the N-Scale buildings model paper crafts and then went to actually buying diorama and 1:150 scale materials which you can browse on my site https://gundambuilder.com/category/workshop/diorama

Most hobby shops online will certainly have some railway stuff, unfortunately my local hobby store do not cater many smaller than HO Scale (1:87) railway models, so easiest way is to look online and ship it.

Dioramas depending on who you ask, can be very expensive, but there are really ways to create budget alternatives; one great example is do-it-yourself paper craft buildings, another is buying household items such as a sponges and picking up real life twigs to create artificial miniature trees.

I haven’t really started created my first diorama, but I am simply in the process of collecting as much materials like models and supplies as well tools. Maybe because I am really into creating modular dioramas in which parts or models are not permanently placed but instead you have freedom when you want to modify the diorama anytime, though landscaping of course needs to permanent.

There are many variants of N-Scale, but I mostly settle with 1:150 because its what the Japanese diorama hobbyists are using. 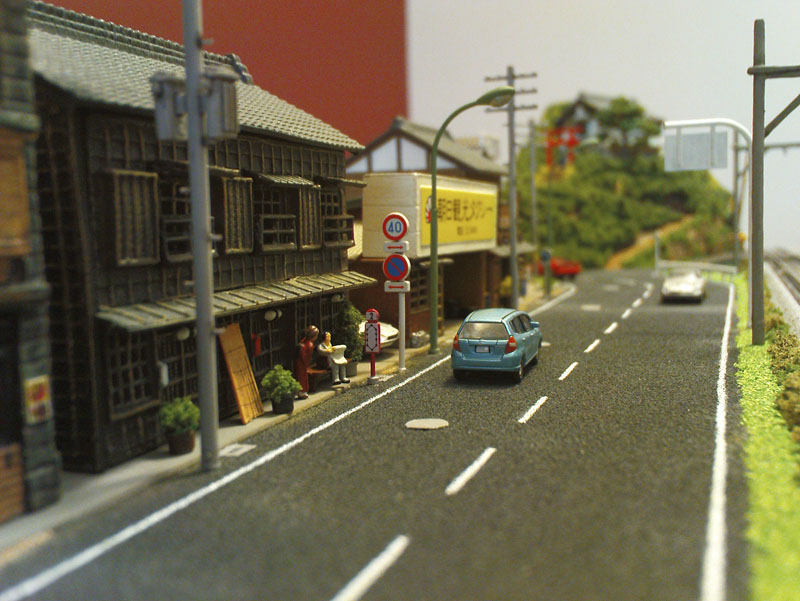 A 1∶150 scale model of a Japanese railroad diorama

I think Dioramas makes Gunpla a much more serious hobby and I love it.

So we might be seeing an end to an era where going to a toys store is an absolute treat for the family, especially for kids who in their dreams think of wandering joyfully through a toyland. END_OF_DOCUMENT_TOKEN_TO_BE_REPLACED

If you are running this hobby for 4 or more... END_OF_DOCUMENT_TOKEN_TO_BE_REPLACED

I haven’t really touched this site for like several months... END_OF_DOCUMENT_TOKEN_TO_BE_REPLACED