knockoff Gunpla comes in different forms, there are complete copies and there are also those that looks nothing like the original. One day on a mall, I stumbled upon these SD EX Standard knockoff on a small toy store. There were only two of these and I became ecstatic when I saw images of the […]

knockoff Gunpla comes in different forms, there are complete copies and there are also those that looks nothing like the original.

One day on a mall, I stumbled upon these SD EX Standard knockoff on a small toy store. There were only two of these and I became ecstatic when I saw images of the Gundams, but as soon as I got close I knew that these are some kind of bootleg toy of the SD EX Standard kits Unicorn and Aile Strike Gundams.

There are lots of toy making companies taking advantage over Gundams and other popular characters’ image, whether they are complete copies of the original or in another shape or form such as this couple of bootleg SD kits we are going to look at now. 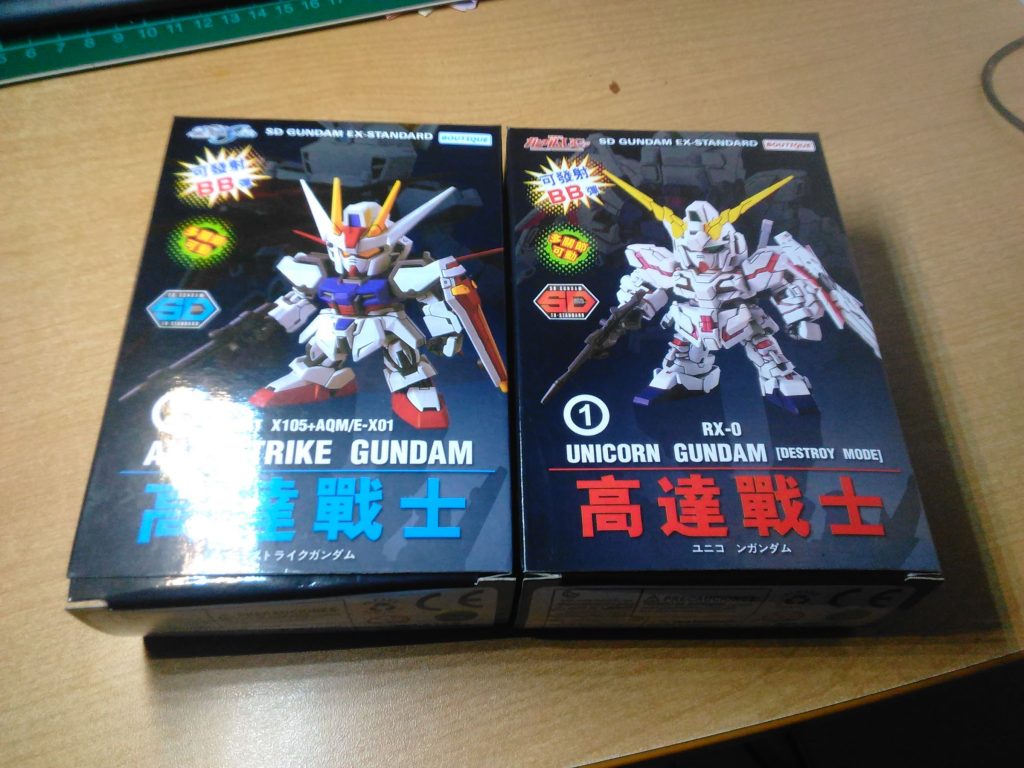 The boxes, you can obviously tell that they used the SD EX Standard models in the cover.

It appears that the parts area already separated so you won’t need a nipper at all, clearly this is a stuff for kids who can understand simple assembly process to build the model without the need for any tools. As expected, the plastic parts are hallowed and The sticker cut outs alignment are also so off.

So what sets these apart from the original model kit? Well, aside from the obvious cheap look it has one fun feature, it has a spring loaded gun that should fire pellet from it’s chest. You load in a pellet by dropping into pellet hole on top of the head. 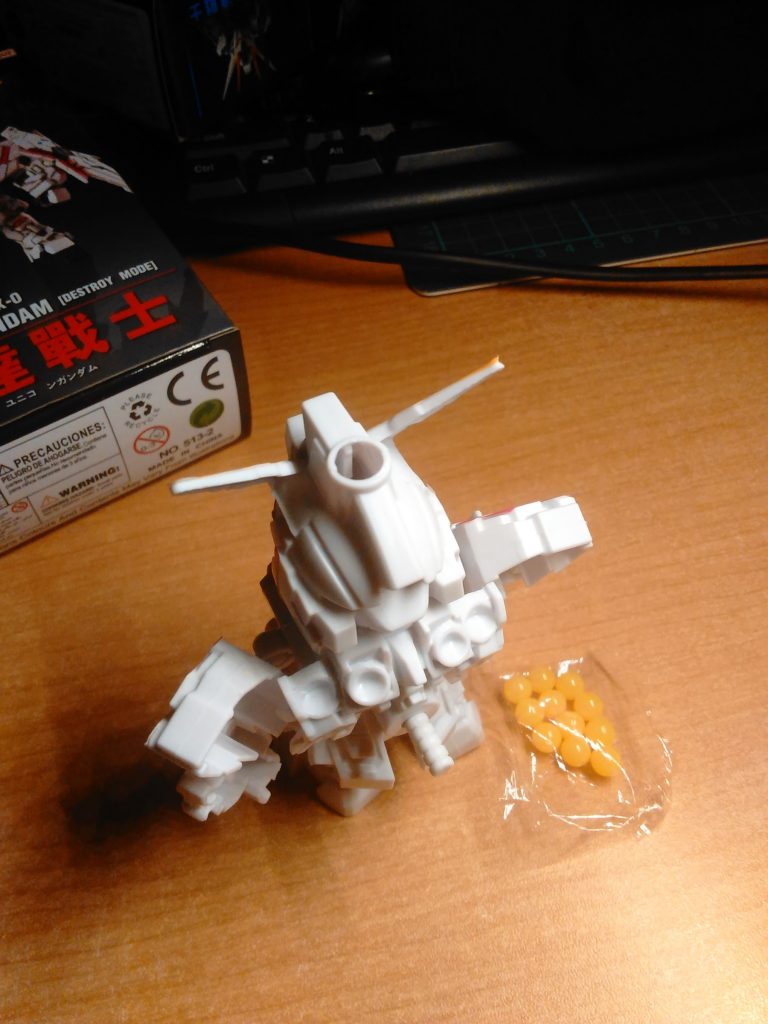 You might be wondering how the spring gun performs? it’s pretty terrible, the pellet is hindered by some extraneous plastic on the chest hole so it’s a pretty weak pellet gun. Maybe it needs some more clearing up of what’s hindering it inside.

Now let’s do a side by side comparison with the original Bandai product.

From the appearances alone you can clearly see the difference between a fake and the real one; the structural details of the fake Unicorn is so off, the parts that should have been bright red are now white, and the white parts are covered with the bright red effect stickers. Articulation is bad, though not that bad considering the amount of money this costs which is about a dollar.

It’s quite obvious that this bootleg toy is a great epitome of what a poor man’s SD Gunpla build looks like. I don’t even consider it a gunpla material, it is clearly not for gunpla or scale modelling enthusiasts. Yet it is funny to see this kinds of things that are not a total imitation of the original product, I think for what its worth it is still has some purpose. For roughly a dollar item it will make a great toy gift for those younger children (especially those who happen to be guests at your house) who looks up to your Gunpla collection just to give them a nice day and maybe inspire them to get the real thing some day.

So we might be seeing an end to an era where going to a toys store is an absolute treat for the family, especially for kids who in their dreams think of wandering joyfully through a toyland. END_OF_DOCUMENT_TOKEN_TO_BE_REPLACED

If you are running this hobby for 4 or more... END_OF_DOCUMENT_TOKEN_TO_BE_REPLACED

I haven’t really touched this site for like several months... END_OF_DOCUMENT_TOKEN_TO_BE_REPLACED