The OZ-13MSX1 Vayeate (aka Vayeate) is a limited production offensive mobile suit, forcefully developed for OZ. The unit is featured in the anime Mobile Suit Gundam Wing, it was piloted by Trowa Barton and later by Lady Une. It was designed by Hajime Katoki.. Click the gundam wiki logo image on the right for more information. 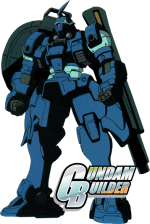 Whereas the OZ-13MSX2 Mercurius was designed as a defensive mobile suit, the Vayeate was designed primarily as an offensive unit. Both suits were designed to operate together, with one covering the other when in battle. The Vayeate, built from the same basic frame as its Mercurius twin, was armed only with a large beam cannon. This cannon was designed to provide a damaging blow almost equivalent to that of the XXXG-01W Wing Gundam's powerful buster rifle. To overcome the problem of the buster rifle's limited charge, the scientists designed a large energy collector, consisting primarily of a compact thermonuclear reactor and a particle accelerator. This provides the Vayeate's beam cannon, which is connected to the backpack by an energy cable, with a virtually limitless "ammunition" charge. The head of the Vayeate and its brother, Mercurius, mounts a cover that defends the sensors but limits the vision. A second unit controlled by Mobile Doll AI System was later built by White Fang.

So we might be seeing an end to an era where going to a toys store is an absolute treat for the family, especially for kids who in their dreams think of wandering joyfully through a toyland. END_OF_DOCUMENT_TOKEN_TO_BE_REPLACED

If you are running this hobby for 4 or more... END_OF_DOCUMENT_TOKEN_TO_BE_REPLACED

I haven’t really touched this site for like several months... END_OF_DOCUMENT_TOKEN_TO_BE_REPLACED